ONE CAPSULE
RIPPED FREAK® packs the punch of 3 or 4 capsules in 1 hybrid capsule. Not that we’re boasting … more like flexing our muscles!

NO JITTERS OR ENERGY CRASH
The naturally occurring methyl gallate ester found in the RIPPED FREAK® formula provides a natural time-released effect, and therefore users will not experience jitters or a "crash" in energy, which is common with many other fat burner products. Instead, RIPPED FREAK® users experience a consistent steady stream of energy and fat burning!

OLIVE LEAF (OLEUROPEIN AGLYCONE)
Oleuropein Aglycone helps stimulate the beta-adrenergic receptors while supporting the release of the fat-burning hormones norepinephrine and epinephrine, while activating cAMP, which is a key secondary messenger involved in lipolysis.
SWEET RED PEPPER
CH-19 Sweet red pepper can support an increase in uncoupling protein content (UCP1 and UCP2), resulting in an increase in oxygen consumption and dispersing of energy as heat during exercise and rest. 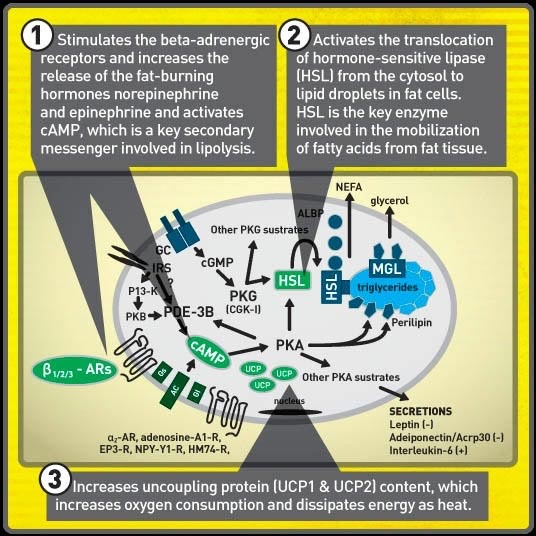